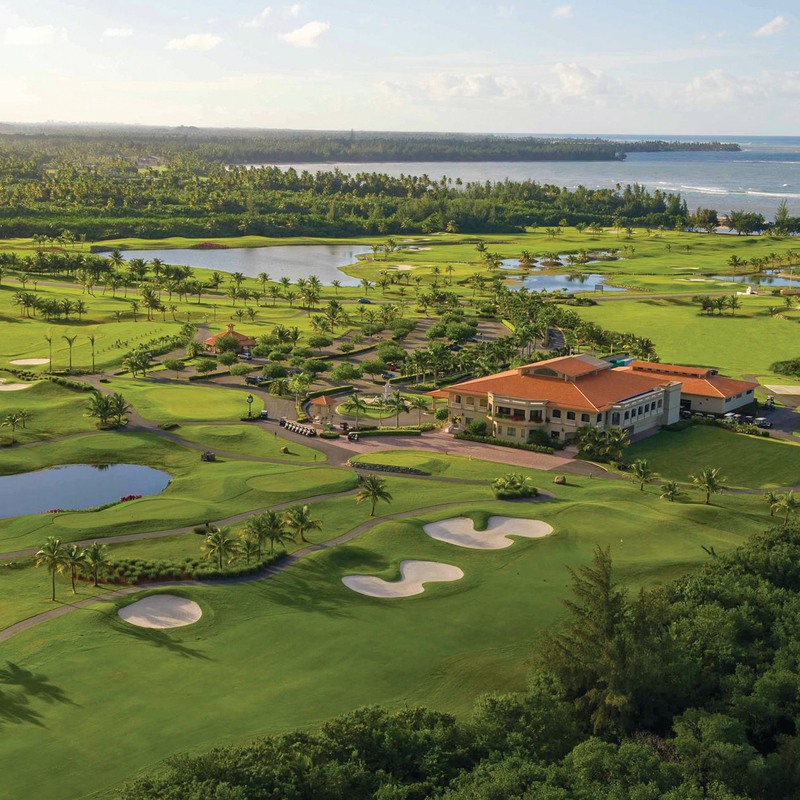 9 PGA Tour Courses Where You Can
Score A Tee Time

Because golf’s major championships are mostly held on private clubs, many believe that the entire PGA Tour takes place at private golf clubs. While that’s partly true -- famous private clubs like East Lake in Atlanta and Muirfield Village in Columbus, Ohio, host PGA Tour events every year -- there are also many public courses on the tour. Courses where you can watch the tournament on TV and then go play the same holes.

Now, it’s not going to be cheap. Some courses, like TPC Sawgrass, where The Players is held, run north of $600 for a tee time. Other famous courses, including Pebble Beach, are very difficult to get on unless you’re staying on the property (and even with that, the costs are very high). All PGA Tour courses are going to be expensive because of the increased demand for tee times, but some of the courses are easier to get on than the others. And not all of them are north of $600 for a tee time.

Here are nine courses where you can score a tee time and not completely break the bank. None of the courses can be played for less than $100, obviously, and costs vary at several of these courses (peak season rates and off-peak), so I’ll try to note the cost this way:
‍$: Less than $225 for a round of golf
‍$$: Between $225 and $350
‍$$$: Over $350 (but well less than the $600 required at TPC Sawgrass)

1. Torrey Pines, La Jolla, California
Cost: $
We’ll start with what I believe to be the best deal of them all: Torrey Pines. This is where the Farmers Insurance Open is held every year, utilizing both the North and South courses at Torrey Pines. And the South Course was chosen for the U.S. Open in both 2008 (won by Tiger Woods during his famous “finished on a broken leg” round of golf) and 2021.

The reason the costs are so low: Torrey Pines is managed by the City of San Diego Parks and Recreation Department. This is not your typical “muni,” obviously. It hosts the U.S. Open, but it’s also not a private club selling off a few tee times to the general public to make a profit. Fees vary from North Course to South Course, peak season to offseason, weekdays to weekends, but the highest tee time I could find is $252, with many under $200. For golf like this, that deal cannot be matched.


2. TPC Deere Run, Silvis, Illinois
Cost: $
You’ll see these three letters a lot on this list: TPC. They stand for Tournament Players Club, and the concept is exactly what we’re discussing here: golf courses that hold international tournaments yet can be accessed by the public. Not all TPC golf courses host PGA Tour events (many host LPGA events and Champions Tour events), but the concept is to make PGA Tour golf accessible to everyone.Many are quite expensive, as we’ve already mentioned, with TPC Sawgrass outside Jacksonville being the most expensive because it hosts the prestigious Players Championship every year (you likely know it from its famous island green on the 17th hole). But some TPC courses are surprisingly affordable, including TPC Deere Run in the Quad Cities (four cities on the Illinois/Iowa border).This course hosts the John Deere Classic on the PGA Tour every year. And of all the TPC courses used for the tour, it’s the least expensive to play. I had a golf trip planned there this year that was canceled, but I can’t wait to reschedule. I’m ready to take on that lake next to the 18th green.
‍

3. Sea Island Golf Club, St. Simons Island, Georgia
Cost: $$
This was a famous golf destination even before the PGA Tour showed up on St. Simons Island. There are two courses here that the tour uses for the RSM Classic: Plantation and Seaside. I haven’t been there, but I watch that tournament every year (it’s typically the final tournament before the PGA Tour takes a break for Thanksgiving and Christmas), and the ocean views always look so inviting at that time of year.The Seaside Course at Sea Island Golf Club is generally more expensive than the Plantation Course (the ocean always wins), but both are great golf courses with challenging holes. And neither is outrageously expensive.


4. PGA West Stadium Course, La Quinta, California
Cost: $$$
This is probably the most expensive course I’ve included on this list, with peak tee times coming in around $400. But it’s such an amazing setting.The Palm Springs area is known for its golf. Especially since it can be played year-round. TPC Deere Run is likely under eight inches of snow in January, but PGA West will be sunny and warm. Years ago, the Bob Hope Classic was started in the Palm Springs area and quickly became one of the most famous spots on tour. That tournament has grown over the years and is now known as the Desert Classic, with the tournament being played on three different courses in La Quinta (some private, some public).The final round, however, is always played at the Stadium Course. And it’s the perfect round of golf out in the California desert. It’s pricey, but it’s worth it. Especially given the history of golf in that area.

5. TPC San Antonio, San Antonio, Texas
Cost: $$
The Valero Texas Open is nearly 100 years old. First held in 1922, the tournament has switched from course to course over the years. Since 2009, it has been held at TPC San Antonio.This is a great piece of property on the north end of San Antonio with small hills and canyons surrounding. It was designed with a PGA Tour tournament in mind, so the course is quite difficult, but play from the right tees, and good scores can be had. TPC courses are always in immaculate condition, so your group will really enjoy a round here.


6. Grand Reserve Golf Club, Rio Grande, Puerto Rico
Cost: $
I recently visited this club with my wife. We were on a beach vacation, not a golf vacation, and I didn’t have my clubs with me, so I did not play it (I couldn’t have, I later discovered -- the course was closed for three weeks to grow in the fairways in anticipation of the PGA Tour event the next month). We did stay at the Hyatt Regency right next door, however, and I can report that the golf course is gorgeous.

Designed by former PGA Tour pro Tom Kite, Grand Reserve Golf Club hosts the Puerto Rico Open every year. It’s very different from your typical golf course in the United States given the tropical climate (the famous El Yunque rainforest is just five miles to the south). But that’s what makes it great. It’s a sandy site next to the ocean with great golf (and amazing sunsets).

And the cost is one of the lowest on this list.


7. Innisbrook Resort’s Copperhead Course, Palm Harbor, Florida
Cost: $$$
The PGA Tour’s Florida Swing routes through several famous courses including Doral in Miami and Bay Hill in Orlando. A lesser-known course outside of Tampa, Copperhead at Innisbrook Resort might be the most challenging of them all. At the 2019 Valspar Championship (the tournament held here), only 29 golfers were able to break par after four rounds. That’s the kind of leaderboard you’d typically see at a major championship.So know that before you go. The copperhead snake sculpture at this course is indicative of what the course will bring. It can sneak up and bite you. But if you enjoy a really challenging round of golf, this is your spot.

‍
8. TPC Louisiana, New Orleans
Cost: $
The PGA Tour decided to switch things up several years ago. They made the Zurich Classic of New Orleans, held at TPC Louisiana, a team event. Golfers pair up in twos and compete for a team title.So maybe that’s what you could do here. Grab a friend and see what kind of combined score you can shoot. New Orleans has a sneaky-good golf scene, and TPC Louisiana is one of its jewels. Like all TPC courses, you’re going to feel like you’re playing on fake grass because it’s so lush.
‍
‍
9. Bay Hill Club And Lodge, Orlando
Cost: $$
This is probably the course that is most confused for a private club. Most golfers seem to think that the tournament which honors Arnold Palmer is held at a private golf club in Orlando. It is -- Bay Hill Club And Lodge has a membership -- but visitors staying at the lodge are able to secure a tee time.

There have been so many famous shots at the Arnold Palmer Invitational over the years. The 18th hole, a crescent half-moon with water hugging the right side of the entire hole, enticing you to cross it and go directly at the green, has to be one of the more famous holes on the entire PGA Tour. So many tournaments have been won or lost in attempts to cut it over the water and reach that green in two shots.

So what better golfing moment can you have than to stand in that exact spot and see if you can hit that exact shot? It’s fairly expensive to stay at Bay Hill Lodge. But the tee time is reasonable, and it’s probably worth it just for that one shot.